“In some sense we’ve been doing the same thing for 60 years. The rules we use to compute have not changed – we’re stuck with bits and bytes and logic operations,” Martin Laforest, Senior Manager of Scientific Outreach at the Institute for Quantum Computing at the University of Waterloo in Canada, tells Gizmodo. But that is all about to change. “Quantum computers turn the rules of computers on their heads.”

Traditional computers do their computation using bits, which can be stored as electrical charges in processors or even tiny pits drilled into CDs. A bit only has two choices, which we represent as one and zero. Anything with two choices you can pick from is a bit. All computing is done via setting and relating bits, with operations like “if this bit is a zero and this bit is a one, make this third bit a one, otherwise make it a zero,” and so on and so forth.

The qubit, short for quantum bit, is like a regular bit, but it’s both a zero and a one at the same time (before you look at it). It’s that coin flipping in midair. A quantum computer is like flipping multiple coins at the same time – except while these coins are flipping, they obey the wacky rules of superposition, interference and entanglement.

The quantum computer first bestows the qubits with this quantum mechanical version of probability of what will happen once you actually peep the qubit. (Once you peep the mysterious qubit though, it stops being mysterious and becomes a defined bit.) Quantum mechanical computations are made by preparing the qubits (or adding weights to a coin before you flip it to manipulate the probability of the outcome), then interacting them together (or flipping a bunch of entangled coins at once) and then measuring them (which causes the coins to stop flipping and produces the final value). If done properly, all of this mid-air interaction should result in a best answer (the value) to whatever question you’ve asked the computer.

Quantum computing is special. As we said before, because its maths uses complex numbers, it computes a special version of probabilities – not just heads vs. tails but also the orientation of the coin. So as you throw these coins up in the air, they bump into each other with their different sides and orientations, and some of this bumping changes the probability of the side revealed by the outcome. Sometimes they bump into each other and cancel each other out, making certain outcomes less likely. Sometimes they push each other along, making certain outcomes more likely. All this is interference behaviour.

“The idea with a quantum computer is that you take this phenomenon and exploit it on a massive scale,” said Scott Aaronson, theoretical computer scientist at the University of Texas, Austin. “The idea is to choreograph a pattern of interference” so that everything cancels out except for the answer you were looking for. You want the coins to interfere in the air.

To the observer, the answer just looks like the output of regular bits. The quantum mechanics happens in the background. Differences Between 2FA and MFA 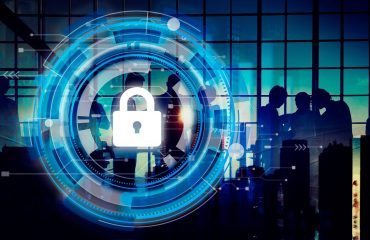