The issues facing computer forensics examiners can be broken down into three broad categories: technical, legal and administrative.

Technical issues
Encryption – Encrypted data can be impossible to view without the correct key or password. Examiners should consider that the key or password may be stored elsewhere on the computer or on another computer which the suspect has had access to. It could also reside in the volatile memory of a computer (known as RAM) which is usually lost on computer shut-down; another reason to consider using live acquisition techniques, as outlined above.

Increasing storage space – Storage media hold ever greater amounts of data, which for the examiner means that their analysis computers need to have sufficient processing power and available storage capacity to efficiently deal with searching and analysing large amounts of data.

New technologies – Computing is a continually evolving field, with new hardware, software and operating systems emerging constantly. No single computer forensic examiner can be an expert on all areas, though they may frequently be expected to analyse something which they haven’t previously encountered. In order to deal with this situation, the examiner should be prepared and able to test and experiment with the behaviour of new technologies. Networking and sharing knowledge with other computer forensic examiners is very useful in this respect as it’s likely someone else has already come across the same issue.

Anti-forensics – Anti-forensics is the practice of attempting to thwart computer forensic analysis. This may include encryption, the over-writing of data to make it unrecoverable, the modification of files’ metadata and file obfuscation (disguising files). As with encryption, the evidence that such methods have been used may be stored elsewhere on the computer or on another computer which the suspect has had access to. In our experience, it is very rare to see anti-forensics tools used correctly and frequently enough to totally obscure either their presence or the presence of the evidence that they were used to hide.

Legal issues
Legal issues may confuse or distract from a computer examiner’s findings. An example here would be the ‘Trojan Defence’. A Trojan is a piece of computer code disguised as something benign but which carries a hidden and malicious purpose. Trojans have many uses, and include key-logging), uploading and downloading of files and installation of viruses. A lawyer may be able to argue that actions on a computer were not carried out by a user but were automated by a Trojan without the user’s knowledge; such a Trojan Defence has been successfully used even when no trace of a Trojan or other malicious code was found on the suspect’s computer. In such cases, a competent opposing lawyer, supplied with evidence from a competent computer forensic analyst, should be able to dismiss such an argument. A good examiner will have identified and addressed possible arguments from the “opposition” while carrying out the analysis and in writing their report.

Administrative issues
Accepted standards – There are a plethora of standards and guidelines in computer forensics, few of which appear to be universally accepted. The reasons for this include: standard-setting bodies being tied to particular legislations; standards being aimed either at law enforcement or commercial forensics but not at both; the authors of such standards not being accepted by their peers; or high joining fees for professional bodies dissuading practitioners from participating.

Feel free to contact E-SPIN for the various technology solution that can facilitate your computer forensics  infrastructure availability and security monitoring. 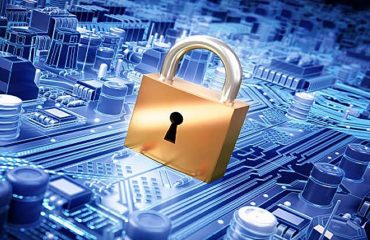