Microsoft Surface line of hybrid tablets computer developed and manufactured by Microsoft since year 2012.  Currently , active model of Surface line of hybrid tablet computer include Surface Go only. Surface 3 already end of production since 2016, if anyone still offer it, it must be the stock left over since 2016. Since the case, E-SPIN will not carry out-of-production model and for the series will focus on Surface Go series only. If in future Microsoft will expend this line of business, this post will update accordingly.

Surface included several notable features and  including a folding kickstand, which allowed the tablet to stand at an angle, with the ability to attach optional protective covers that incorporated keyboards. Market praised for its hardware design, accessories, and aspects of its operating system. The Surface Go is a 10-inch (250 mm) 2-in-1 detachable in the Microsoft Surface series that was released on 2018. The device runs Windows 10 Home in S-Mode and features a 5MP front facing camera, an infrared camera, 8 MP rear camera, a NFC chip and a kickstand supporting an angle of up to 165°.

Microsoft Surface is part of E-SPIN Modern Workplace Solution, that carry to provide hassle free solution provisioning, including hardware, software and services. Please feel free to contact E-SPIN for your inquiry and requirement, so we can assist you on the exact requirement in the packaged solutions that you may require for your operation or project needs. For instance, corporate internal auditor required to run a range of IT auditing application, vulnerability scanner and pentesting tools to supply with the Microsoft Surface hardware platform as the package bundled. Corporate Designer required to get latest Surface hardware to run creative expression tools in single package bundled with product training course and get certified. 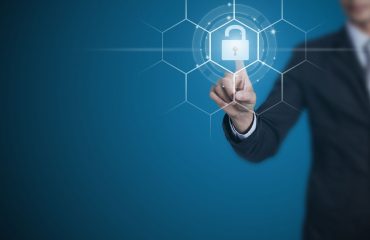 Acunetix Certification for Partner and User Event Summary and Highlight