The Death of the Camera and what lessons can you learn

Digital camera sales have dropped 84% since 2010. Apple introduced the iPhone, the first smartphone during 2007. Over the years, separate cameras have become unnecessary, in particular modern smartphones come with multiple built in lenses. The very last camera market attempted to differentiate them away from the smartphone.

For the camera market, the next big thing is smartphones, all-in-one, if you missed it, you are already starting the process for the countdown for extinction. For camera producers, if they are not able to mobilize their know-how to produce the smartphone camera lens, or in partnership or join branding in some kinds, you can imagine how cameras become vantage and will be forgotten by most of the people for the next decade.

We talk about the topic in generalization, and based on the global camera shipping data and trends. For those industry and profession where the Client who pay for the service, expect for the bulky huge camera and complex studio lighting setup, for commercial photography or to wedding or event photography, we will expect to see bulky camera will continue to remain, because the Client who pay for the service demand and expect the output is capture by the camera, not pocket smartphone. Even so everyone is aware the balance of 50% creative expression is done via the creative suite, such as from Lightroom and Photoshop or other similar applications.

What happens to Kodak will keep rolling to camera producers who can not adapt or evolve. Smartphones almost each year will have new and better models roll out into the market. It is not just a smartphone, it is also the digital camera most people carry and use to shoot most of what they encounter, as well as video scenes.

The point-and-shoot line of cameras evolved into smartphones, smaller and more intelligent, can be real time photo touching, edit and sharing to social media, and live streaming to the world. For point and shoot, it is a 97% fall, if based on 2008 figures to 2021. Camera market and producer, if they can not adapt for the global market change quickly, it will keep breeding until dead.

Unless you are in the final product market who produce smartphones, then, you need to partner with the smartphone producer and supply your camera as a module for them integrated into the smartphone. No one will consider a camera brand built in lens as a solid reason for buying a new smartphone, it completes a different battlefield, where most of the camera producers may lack the new capability to compete in the next wave of big things.

Smartphone is also under transition from the standard smartphone touch operation to include digital pencil, and can flip and flop operated. The next wave of big things will happen in the smartphone, and as a pure play camera, we have to make the aggressive transition. Modern smartphones with 100mb cameras and more are starting in the market, another selling point where cameras attempt to differentiate themselves is no longer a selling point. Else, camera producers got to focus on selling more premium cameras to those remaining who willing or due to the job and profession did required them to continue to use cameras for their job and profession. This is why we keep seeing new niche markets developed, from action sport cameras, AR and 360 photo and video, to underwater and flying droids. But for those niche gains is not enough to compensate for the fall of the camera market. Are you learning a lesson for it? Let’s change the hat and think, what will you do if you are the camera producer? Then you will start to make sense of most of the marketing campaigns you see from the online and print media.

This is the reason why, despite the fact that the camera can not perform so many functions, their new product becomes more and more expensive. Why do some camera producers want to change their camera mount, because if they did not do so, it will lack the new camera lens that can be cross sell and up sell for those who remain in the camera market and who will pay for the premium.

Tagged under: Innovation, Next Normal What is 6G Networks Machine learning use cases for security 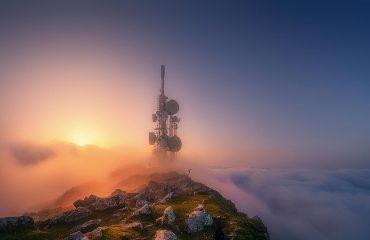 The next normal in telecom 2021 and beyond