TV continue to decline and impact on the media

The media industry had long predicted the death of broadcast TV, due to challenges for both subscriber fees and advertising revenue. Just in the last few years, almost all the giant corporations run their very own media channel, from Disney, from Apple just name it. As everyone is chasing to become the second Netflix and the subscription revenue.

With the world moving toward digital media, where most of it can be streaming on demand, no like a couple decades before, who control the media rule the world via press and media, does not work on that basis anymore.  Entire world’s planet earth internet population, as you can imagine, their connected time, what are they doing and where do they spend most of their time? Under that basis, you can then realise media decline is absolute.

Modern day individuals with the creativity and creative story expression can simply run and air it on YouTube. Same goes for podcast operations. The choices we now give to the typical consumer are just too many and end up the once upon a time main and dominating industry like music, tv, film, radio broadcasting may not be that effective to reach, via the mass communication rules. Now it is who controls social media and the internet that rules the world.

Paid content subscribers will continue to drop and consolidate in the few really attractive media content package providers, such as Netflix. Else it must be the value aggregator or broker that can package it in the value appeal to the subscriber.  As the modern entertainment world continues to open up for new leisure and entertainment possibilities, more and more possibilities also mean the few core media will control to exercise strong influences.

Free content that is available on the open internet, for some people it is just more than enough. For some people, they practice search and then consume content on demand basis. It is very hard for those long tv show series to attempt to capture people’s time, people just have too many leisure time activities to pursue, and without thinking of tv shows and content. The media decline does not just happen on the TV shows, it reflects into the rest, from the film and movies, books publications, newspapers and magazines, radio. Everything is now replaced by the “search on demand”. You can guest which organization benefits from the search drive then decide where to go.

Despite not reaching R.I.P. for the TV networks yet, but the decline of audience is happening globally, and for the industry to see what they can do.  Have you in the past couple of years watched TV shows? Most people did not. The younger the generation of audience is, the chance of traditional antenna TV simply just lost the touch and is capable of holding the new generation of consumer. Since traditional TV and even cable/dish TV is not able to seize the majority of the audience, advertisers will shift their media budget to other means as well. We expect to see the fall of the media empire, but the entertainment industry will remain, as the open internet will be the ideal platform for the entertainment and news to spread via the digital media in the real time across the globe.

Tagged under: Media and Entertainment 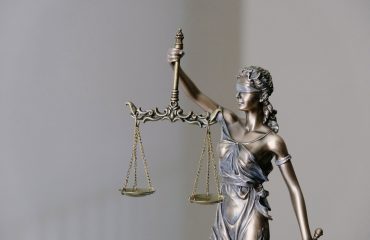 Challenge for the misinformation and source of reliable news viewpoint