What is Carrier Network Infrastructure (CNI) ?

What is Carrier Network Infrastructure (CNI)?

Carrier Network Infrastructure, also known as CNI, is capable of sending data to a location through physical infrastructure. According to Gartner glossary, CNi is defined as the combination of multiple basic functions such as:

Voice switching, control, and applications (VSCA) is a type of voice data processing system that provides packet switching and uses the CNI system in networks that use packet switching. This type of solution helps to enhance the trajectory of voice data packets, which can increase network efficiency and reduce latency.

Data frames are digitally wrapped by an optical transport network, or OTN, to allow transmission of data from several sources over a single channel. For each client signal, this creates an optical virtual private network. That is how CNI operates.

The optimal path for speech and data transmissions between a transmitter (sender) and a receiver is chosen by routers, a kind of network controller. They are frequently computer-controlled and may be set up to give the cheapest, quickest, or least congested routes possible. Routers operate at the Open Systems Interconnection (OSI)/International Organization for Standardization (ISO) Layer 3 paradigm. Only routers used by service providers are covered by this definition.

An essential component of the entire mobile network, the mobile core network enables users to access the services to which they are entitles. Important responsibilities including subscriber profile data, location, service authentication, and essential switching activities are its responsibility.

Mobile radio refers to wireless communication devices and systems that use radio frequencies (often UHF or VHF frequencies) and have moveable communication paths on either end. Different people have different ideas regarding what qualifies as mobile equipment.

The Carrier Network Infrastructure (CNI) is part of the core infrastructure and network of telecommunication service providers. Depending on the market segmented, some directly do business with the end user, some resell it for reseller, a wholesaler or the one eventually OEM or white label it or as second tier telco operators, where they focus on specific market segments.

Since it is core of the Carrier Network Infrastructure (CNI), having the extensive and complete visibility in monitoring, beyond just the packet and bandwidth to understanding the trend and shift in the content that transmission is important for making the major upgrading and expansion decision. E-SPIN Group been assist and help to transform various telco customers in the complete and end-to-end or integration project to streamline and transforming telco customers operation efficiency and complete visibility for the various use case (such as customer service operation center CSOC, telco monitoring center TMC, integrated network monitoring system iNMS, element monitoring system EMS, network operation center NOC), from the day-to-day infrastructure, system and application monitoring to collecting capability and usage trend analysis and decision making, across telco customers across the entire region E-SPIN do business. 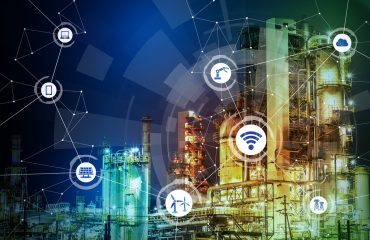 The benefits of implementing predictive maintenance