Red team is a group of white-hat hackers that attack an organization’s digital infrastructure as an attacker would in order to test the organization’s defenses (often known as “penetration testing“). Companies including Microsoft perform regular exercises under which both red and blue teams are utilized.

The use of cyber red teams provides “real-world attack simulations designed to assess and significantly improve the effectiveness of an entire information security programme”.The United States Department of Defense (DoD) uses cyber red teams to conduct adversarial assessments on their own networks. These red teams are certified by the National Security Agency and accredited by the United States Strategic Command. This certification and accreditation allows these red teams to conduct the adversarial assessments on DoD operational networks, testing implemented security controls and identifying vulnerabilities of information systems. These cyber red teams are the “core of the cyber OPFOR”.

Benefits include challenges to preconceived notions and clarifying the problem state that planners are attempting to mitigate. More accurate understanding can be developed of how sensitive information is externalized and of exploitable patterns and instances of bias.

Penetration testers assess organization security, often unbeknownst to client staff. This type of Red Team provides a more realistic picture of the security readiness than exercises, role playing, or announced assessments. The Red Team may trigger active controls and countermeasures within a given operational environment.

In wargaming, the opposing force (or OPFOR) in a simulated military conflict may be referred to as a red cell (a very narrow form of Red Teaming) and may also engage in red team activity. The key theme is that the aggressor is composed of various threat actors, equipment and techniques that are at least partially unknown by the defenders. The red cell challenges the operations planning by playing the role of a thinking enemy. In United States war-gaming simulations, the U.S. force is always the Blue Team and the opposing force is always the Red Team.

A red team or the red team is an independent group that challenges an organization to improve its effectiveness by assuming an adversarial role or point of view. It is particularly effective in organizations with strong cultures and fixed ways of approaching problems.The United States intelligence community (military and civilian) has red teams that explore alternative futures and write articles as if they were foreign world leaders. Little formal doctrine or publications about Red Teaming in the military exist.

Feel free to contact E-SPIN for the solution for your system and operation to reduce risk of your businesses  and organization. We can secure and protect your businesses with our various software security technology, as well as handling of your red team and cyber offensive operation requirements. Dangerous of Ransomware that you must aware 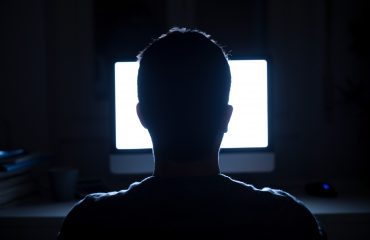 The Potential of Dark Web Monitoring

What Is a Service Mesh?