Zigbee vs. Z-Wave: Which smart home device is better?

If you owned a smart home, you probably stumble the word Zigbee or Z-Wave when you purchased some of your home appliance. We already discussed a little bit about Zigbee. Now the question is what is Z-Wave? We will discuss some key categories between this two smart home standards.

Both Zigbee and Z-Wave operate on mesh networks. That means this both smart-home standard devices, can shared a signal across devices without a Wi-Fi connection. They also share some other similarity in term of power usage. Like Zigbee, Z-Wave also have low-power networks. They drain a part of the power that a Wi-Fi network needs. Furthermore Zigbee and Z-Wave also use AES128 encryption standard, an encryption algorithm used in IT applications to secure sensitive materials.

Now lets talk about the differences between Zigbee and Z-Wave. Even both of this smart home devices operate on mesh network, Zigbee don’t have any limitations on how far the signals can bounce. It can be up to 100 devices before reaching the target device. While Z-Wave only can allow a maximum of four signals bounce between the router and the destination devices.

In term of signal range, Zigbee works on a 2.4 GHz frequency and capable passing through walls and obstruction. Even Zigbee work at high frequency but it has limited indoor setting at 40 feet.
Meanwhile, Z-Wave only works at a very low frequency only at 908 MHz but it can access devices that farther away.

User can use Zigbee as smart home device around the world because it uses uniform 2.4GHz radio frequency. Meanwhile Z-Wave uses different sets of radio frequencies for connection. So if the user move to another country, they have to buy the new Z-Wave devices again.

Now we had discussed some similarities and differences between this two smart home devices, which devices to get is up to the user because both devices offered some advantages and also disadvantages.

Feel free to contact E-SPIN for your Zigbee troubleshooting, as E-SPIN carry range of product in specific for wireless network performance application analysis, that include cover the Zigbee use case and context for whether your new Zigbee support device testing. Machine learning what it is & why it matters 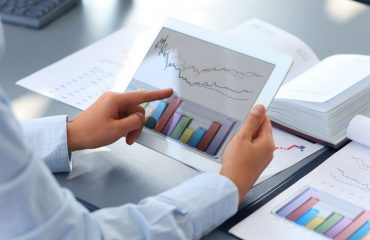